Spaniards called South Park Valle Salado (Salt Valley) for the salt springs used by the Ute and other tribes. The French, who were in the area as early as the 1700s, used the Creole name Bayou Salade (Salt Marshes). American trappers, or mountain men, who began filtering into South Park in the first decade of the nineteenth century, used a mix of the French and Spanish and titled the valley Bayou Salado for the salt springs and the salty, standing water that grew rich, high protein grasses favored by big game. The name South Park was taken from the French parc, meaning game preserve and referring to the area’s vast herds of wildlife. According to historian Virginia McConnell, the name South Park was first used in the 1840s when a chain of mountain valleys—North Park, Middle Park, and South Park—were becoming a popular hunting ground for American hunters.

At the peak of the fur trapping era between 1820 and 1840, some 3,000 mountain men are thought to have been in the Rocky Mountains. Among those known to have trapped in South Park were Kit Carson, Joseph Meek, John Smith, and Dick Wootton, who is said to have gathered 1,000 pounds of skins during one season. By 1840, with the beaver population decimated and changing tastes in fashion, the fur trade waned. 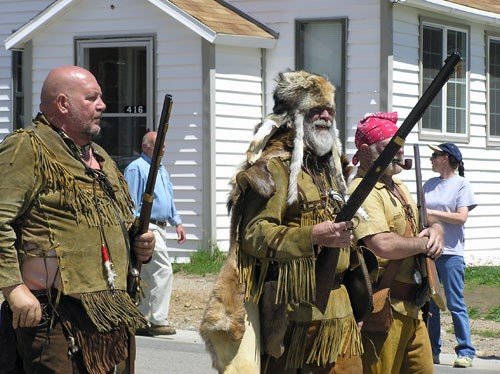 The mountain man experience in South Park was generally one of the independent trapper, who was not bound to a fur company. Many were men more interested in exploring the West than in making a profit, and some married American Indian women. Free trappers often teamed up in groups of three to five men; only the hearty few trapped or hunted on their own. Company men, on the other hand, were employed by fur companies. Typically, they were in debt to the company for the cost of gear or items purchased on credit. Company men were obligated to trade only with their company and were often under the direct command of company representatives. Fur companies usually hired twenty or more men to “trap out” a drainage basin. Early on, companies were so competitive that it was not uncommon for one company to follow another into a drainage basin and try to beat the other to the abundant resources. Company men, who typically traded with American Indians to get skins, were considered to be shrewd businessmen primarily motivated by profit.

In the spring, fur companies sponsored an annual trading fair known as a rendezvous where mountain men sold and traded their wares, re-equipped, and socialized. Unlike other economies, value at the rendezvous was not monetary but practical—a knife or skin was more valuable for what it could do than a sizable nugget of gold. Although the annual rendezvous was held in locations other than South Park, the rendezvous was a commercial gathering and rich social event rolled into one. Today, reenactments of these rendezvous are held in South Park to honor the tradition and heritage of the mountain men.