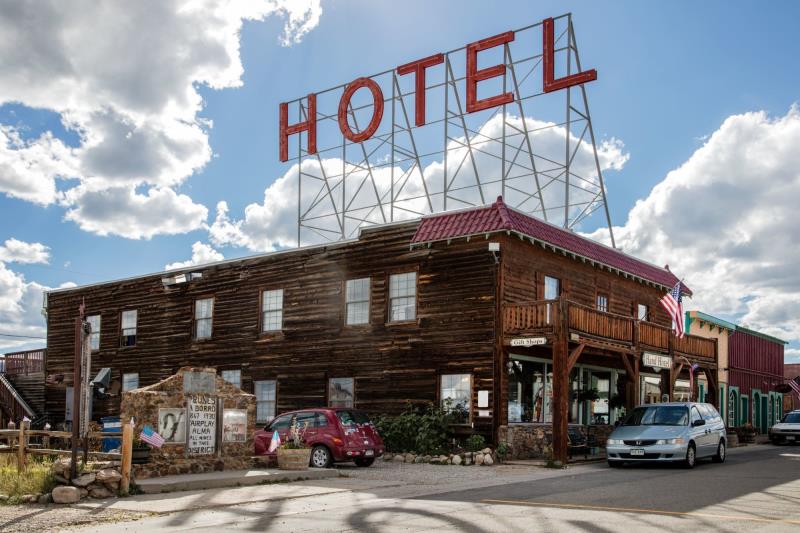 The town of Fairplay lies within the high, broad South Park valley, stretching over 900 square miles bordered by the Mosquito and Park mountain ranges.

Ute tribes summered in the region, and eventually French trappers arrived to hunt and trade in furs. By the mid-1800s, cattle and sheep operations moved in, but it was the discovery of gold in South Park in 1859 that brought large numbers of eager miners and the development of camps and towns like Fairplay.

A fire ravaged Fairplay in the 1920s, destroying much of the town, including the building on Front Street where the Hand Hotel now stands. The Hand family built this new structure in 1932, and it stayed in their family for many years. Decades later, however, the hotel became abandoned and condemned, so rundown that the sky shone through the roof. Pat Pocius and two partners purchased the building in 1987 and began massive renovations.  She ran the new hotel for the next decade. The hotel changed hands again in the late 1990s and eventually came under the current ownership of Dale and Kathy Fitting.

Next to the Hand Hotel stands the monument and grave of “Prunes,” a burro that worked in the

mines for sixty-two years. He turned into something of a town pet when he became too old to

The Hand Hotel has a fair amount of paranormal activity, with reports of full-body apparitions manifesting on the second-floor hallway, faces appearing on at least one guestroom mirror, and child-size imprints on freshly made beds. Housekeeping staff often find messed-up beds after they’ve prepared and locked rooms. The hotel reputedly hosts five different ghosts.

One of the daytime receptionists said she thinks multiple ghosts roam through the building. She once saw an apparition standing at the window in Room Six as she walked past the open doorway. She could see through the shadowy figure, but it was gone when she stopped to take another peek back into the room.

Former hotel owner Pat Pocius shared several encounters, most notably with two little girls who haunt the building. They reportedly died during a smallpox epidemic in an earlier era in Fairplay. Occasionally seen near the staircase, the girls also made their presence known in the kitchen, repeatedly turning off the heavy knob pilots on the commercial grill during a busy morning. When Pat investigated the wiring underneath, she discovered charred receptacles that could have started a fire. She felt sure the girls were doing their part to avoid catastrophe.

Pat also recounted the time when a friend came to visit and wanted to see the second-floor rooms. Pat was busy and let her friend wander around on her own. The friend encountered an older man pushing a cart down the hallway and told her his name was Ben and to call him if she needed anything. When she returned downstairs, she complimented Pat on the courteous staff. There were no staff in the building that day, but Ben was the name of the former hotel caretaker, dead many years.

Our favorite paranormal sighting, though, is about the ghost dog, which roams the entire premises. Rooms Two and Eleven have many reports of guests inquiring about who’s keeping a dog at the hotel – but it’s not there for a one-time visit! On one occasion, a town constable emerged from the downstairs bathroom with pants still around his knees, complaining about a dog that had chased him out. No one could find a dog in the facilities afterwards.

The ghost dog also has a reputation for appearing in various rooms and tugging bedcovers off guests during the night, sometimes barking or growling. Another account occurred in the basement which, at the time, was the site for a children’s Halloween party. Two tykes came upstairs, reporting they enjoyed playing with the dog in the basement. Pat said she could see the imprints on their little hands, looking like a puppy had playfully nipped them.

There are also reports of feet tramping on the second-floor ceiling. Pat remarked guests have often inquired how to get to the party on the third floor. There is no third floor.

Other paranormal activity also occurs. The wife of a previous hotel manager twice smelled the scent of rosewater perfume in the Grandma Hand Room. The wife later learned that was the very scent Grandma Hand used to wear. 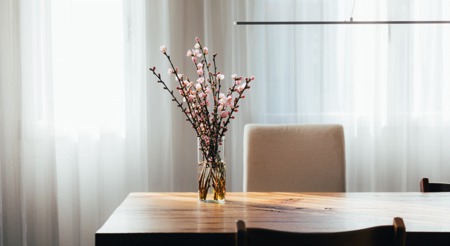